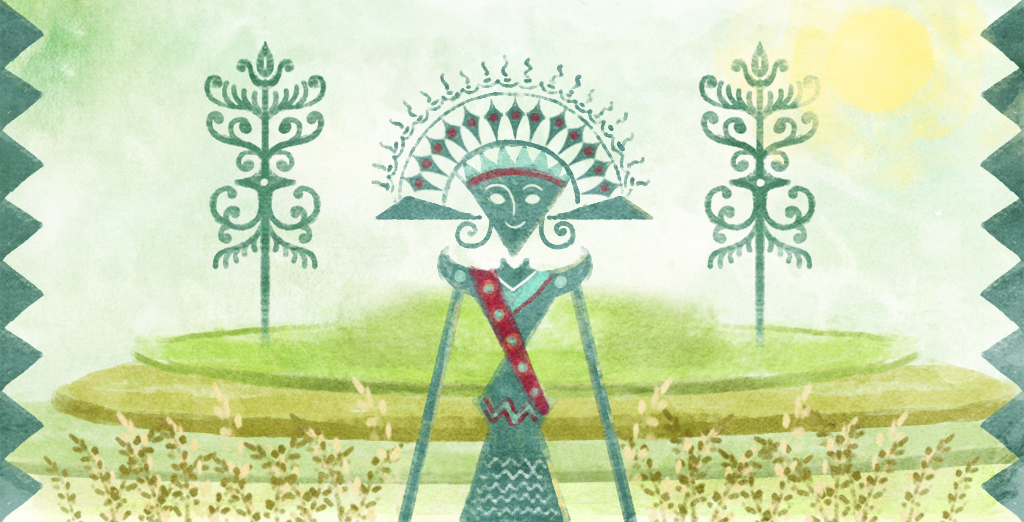 Even when tourism sweeps and spreads rapidly in Bali, its people are essentially agrarians. Agriculture fills a significant role in Bali with a sacred history that has been passed down from one generation to another.

In ties with Hinduism concept which dictates deity roles, the function falls to Dewi Sri - the Balinese Goddess of Rice and Prosperity. She becomes the face of protection, good harvest, benefactress and basically Mother Earth to farmers.

In honor and respect of Dewi Sri, an effigy from lontar palm leaf is often made, endearingly called Cili. This beloved female symbol is portrayed as a sharp-faced woman wearing a big crown and long dress.

Dewi Sri is essentially a mother figure and she is often showered with flower offerings placed at the rice barn or rice container. Small shrines are erected amidst farmers’ green rice terraces, as a way to keep good tidings close. It’s also not a rare sight to see a dedicated Dewi Sri temple, otherwise known as Pura Subak, around the traditional irrigations setting.

In ceremonies, Cili celebrated in the forms of many different materials, from clay to colorful flour. Yet its purpose remains singular, simple blessings for land’s prosperity, for today and always.

Bali
The Everlasting Spirit of Bali